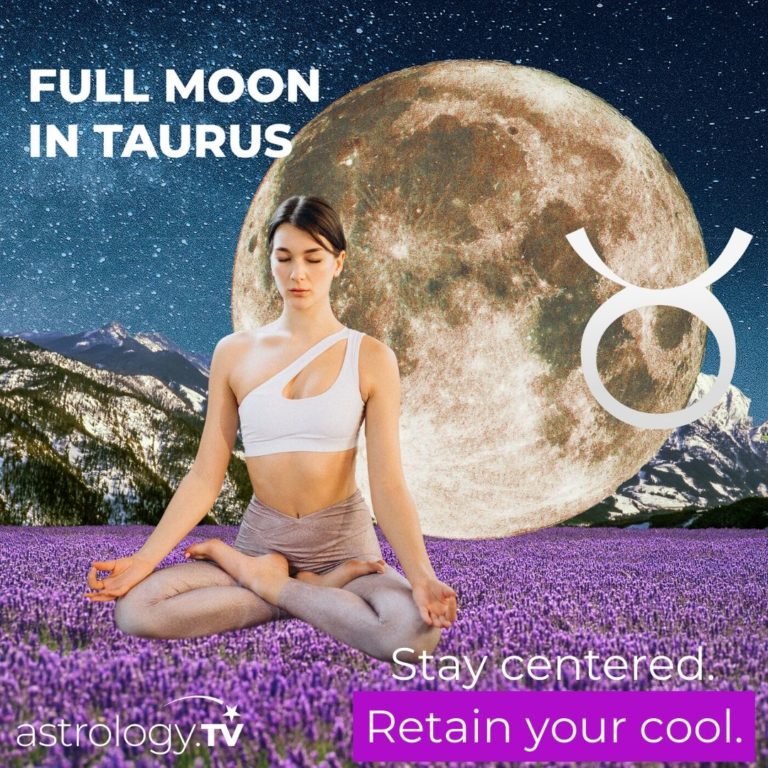 Everyone recognizes the shining disk of the Full Moon – it’s probably the best-known feature of the night sky. It’s depicted in prehistoric caves around the world, in ancient mythology, and in innumerable songs and paintings.

In the oldest sky lore that exists, the New Moon brings beginnings, and the Full Moon brings the fulfillment of the promises of the New Moon. As astrology developed, we began to observe the Moon more carefully, and notice the relationship of its phases with the Sun, the stars, and the planets parts in the zodiac.

In personal astrology charts, the Moon represents the emotions, habits, moods, and deeper layers of our mind, but when we study the charts of the New and Full Moon, they have more practical indications depending on how each person tunes into these Lunar phases.

During the Taurus Full Moon, you may see some monetary rewards for financial manoeuvres you made earlier. Having pledged to stick by your instincts, this could be a period of fulfillment, where you see the benefits of monetary strategies. Perhaps, additional unexpected benefits will be revealed. With extra cash flow in hand, you can afford to splurge a little on yourself.

You're likely to be more “chill” with a Taurean moon, which can make you grounded and relaxed. In this blissful state, engage in life’s finer things. Go out with friends or your main squeeze to a fab restaurant of culinary repute. You're not likely to pass on dessert – maybe you’ll have two of them! Even if people around you seem to be in a huff, you're likely to stay centered and retain your cool.

Relationships can be quite satisfying as well. Loving feelings can be easily expressed through touch and whispers. This is also a delightful time for smaller social events, where you can spend quality time with each person. Life can feel quite rich and satisfying with all the lovely gifts of comfort at your disposal. No one will fault you for indulging. In fact, they’ll probably join you in them!

Watch the tendency, however, to use money to determine power in your interactions. As the moon begins to wane, curb your spending.

Find out what a Full Moon in Taurus can mean for your zodiac sign.

The Taurus Full Moon appears in your second Solar house of money, income and resources, Aries. This means the Sun is in the opposite sign, or the eighth Solar house. The next two weeks are unfavorable for unnecessary spending, because financial obligations may place some strain on your resources through overlooked bills. At the same time, Neptune might bring help from other people. Since Saturn and Pluto are in the house of friends and allies, if you’re doing your best to be responsible with taking care of debt, Aries, you won’t have anything to worry about. Mercury is Retrograde now, which doubles-down on the need for attention to financial matters.

This Full Moon is in your sign, Taurus, so there’s a need to be cautious. Making sudden decisions about your relationships or important negotiations won’t give the best results, so it’s best to postpone them. The coming Lunar two weeks are a time to work toward compromise and win-win solutions with any one-on-one connection. You might find that your allies or members of groups you belong to will provide positive input, and that Saturn and Pluto will guide you toward spiritual solutions to issues you’re facing. The Retrograde Mercury also points toward exercising your intuition now.

Since this Moon is in your 12th Solar house, Gemini, the next two weeks will work out best if you don’t venture too far away from your regular routines. But be sure to spend some private time dreaming, meditating or other activities that give you an uplifting feeling. Thanks to Neptune, you’re likely to have new insights or feel a sense of increased enthusiasm about your goals. Saturn and Pluto recommend you keep your spending at a minimum, Gemini, and hold financial responsibilities in the forefront of your mind. The Retrograde Mercury is in the Solar house of wellness; so if you pay attention to dietary matters now, you’re likely to get better results than you thought possible.

This Moon is in your Solar 11th house of friends, hopes, and group activities, which will be illuminated by its light for the next two weeks. Friends are likely to be demanding, Cancer, and Saturn and Pluto in the seventh house will make it challenging for you to negotiate your way out of the favors they ask. Because of the Retrograde Mercury’s position, you may have to postpone something you really want to do, because previous obligations could come back to haunt you. Neptune is in a place where it can enhance your intuition, but spend some time dealing with practical matters, Cancer, so your imagination doesn’t get the better of you.

This Moon falls in your Solar 10th house, which represents your profession and career, so you can expect there to be some changes in this area of life, Leo. Usually, a Taurus Full Moon would highlight problems in the home that affect your professional life. Luckily, a favorable aspect made by Saturn, Pluto and Neptune may actually be helpful over the next two weeks. They can bring practical, transformative, and creative ideas forward. And not just for those in artistic professions – your inventive thinking is likely to give you the advantage in career-oriented situations, Leo.

The Taurus Full Moon in your ninth Solar House has a message for you, Virgo: It’s important to know that what you say or write might be misunderstood or misinterpreted by others. Sadly, Retrograde Mercury and chaotic Neptune may add to this effect. On the bright side, a Saturn-Pluto conjunction in Capricorn forms a grand trine with your sign and the Moon, which will make it easy to be disciplined and responsible. And keep in mind that travel could face delays. Find some time to act on your plans for personal growth, self-improvement and spiritual undertakings, Virgo – important new knowledge could become available to you.

While in your Solar eight house, this Full Moon could offer a chance to balance your financial entanglements, Libra, but what’s more important is the opportunity to transform your home; Saturn and Pluto are in the right sector now. This doesn’t need to be a big deal, especially with that Mercury Retrograde in your house of money, but it is likely you’ll take care of something you put off. And, the planet Neptune warns of the importance of keeping a regular diet right now. Spend some time looking into mysteries you’ve been interested in, Libra – they can be a real source of enjoyment.

Be cautious with all of your close connections, Scorpio. This Full Moon happens in your seventh Solar house of relationships. It’s a time for compassion and empathy, so at least try to consider another’s point of view, especially with any writing or electronic communication. Saturn and Pluto recommend that you avoid conversations that are too serious; instead, Scorpio, take in some entertainment that is far out or fantastic in some way, and Neptune will help you really enjoy it. The Mercury Retrograde might emphasize the need to reconnect with a team or partnership that’s been helpful in the past.

The Moon in Taurus in your sixth house of wellness and work show this to be a two-week period when other people will be quite demanding. Cut down on any stressful activities, Sagittarius, and don’t volunteer or offer to do favors, since they may be more complicated or time consuming than you bargained for. Now is a very good time for meditation or prayer to elevate your spirit, and the Retrograde Mercury will help you. Saturn and Pluto in the second house caution you to be happy with what you have rather than trying to get more. Neptune in your Solar fourth house favors entertainment at home.

This Moon falls in your Solar fifth house, the place of enjoyment and fun. Thanks to the Mercury Retrograde in Scorpio, in your 11th Solar house of friends, Capricorn, it’s possible that the wishes of your chums may cause you to reschedule intended activities. During the two weeks after the Full Moon, you may also have to turn down meetings with buddies in order to fulfill previous commitments. With Saturn and Pluto sitting in your sign, you’re likely to be responsible for something important, and with Neptune in the third house, watch for unusual and interesting news about the things you enjoy. Be careful while traveling locally.

Astrology tells us the focus is on the place you live when the Moon in Taurus falls in your Solar fourth house, Aquarius. At the same time, the Sun and retrograde Mercury are opposite the Moon in your 10th house of career. This indicates some degree of conflict between the two houses. Perhaps things going on at home, such as Neptune-caused financial errors causing unforeseen delays in achieving career goals. Or unexpected troubles at work; Saturn and Pluto may cause you to spend less time at home than you’d like. There’s good news, though, Aquarius. During the two weeks after the Full Moon, you’ll find that these changes support your best interests. Be as careful about money as you possibly can.

If you’re planning to travel somewhere far away or somewhere you’ve never been, Pisces, you could have issues, since the Full Moon in Taurus, is in your third Solar house. This is especially true if the trip was meant to be taken earlier. Also, during the next two weeks, you may experience a time when responsibilities to friends or associates cause delays, thanks to Saturn and Pluto, but this will be to your advantage. You may also be easily misunderstood, so avoid discussions that may cause conflict, and try to be more sensitive to people’s points of view, Pisces. This Full Moon can open up new possibilities for you. 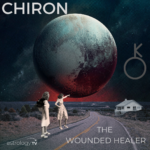 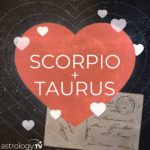 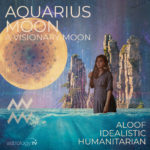 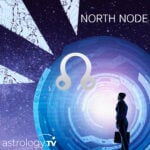 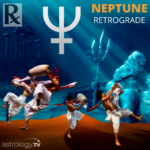 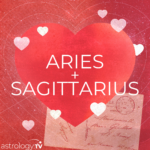 Aries and Sagittarius Compatibility: As Hot As It Gets 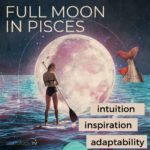 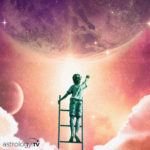 The Revealing Truth About Zodiac Signs and Money 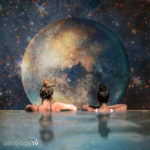 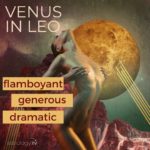 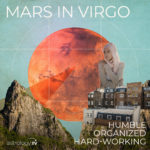 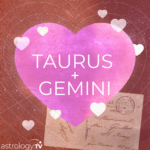 Taurus and Gemini Compatibility: A Lot to Learn from Each Other 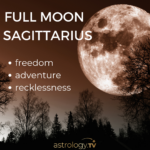 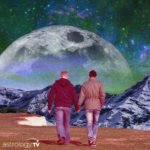 How Each Zodiac Sign Loves: Romance, Relationships and the Zodiac Signs 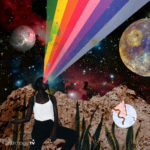 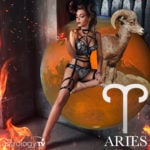 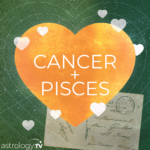 How to Save your Relationship According to the Zodiac 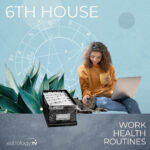 The Sixth House in Astrology: Work and Health 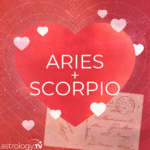 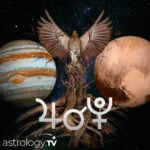 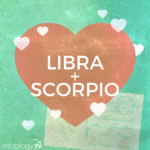 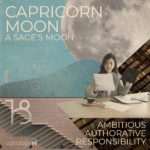 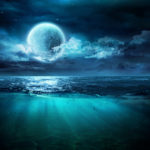 Full Moon in Libra: Focus on Peace and Cooperation 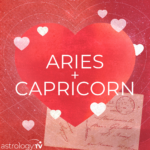 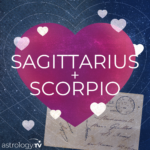