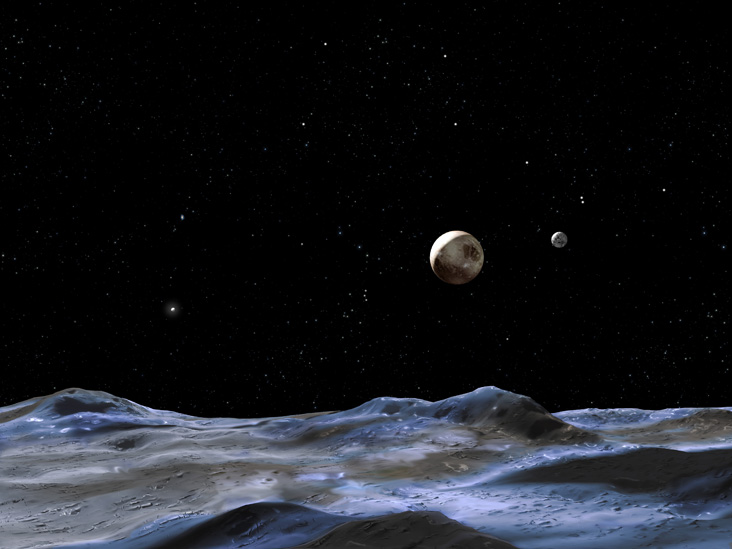 Pluto has an energy that is as subtle and yet powerful as mind control, which is just one of the many things that falls within this planet’s realm. Sometimes referred to as the planet of power, Pluto seeks to control and influence on a grand, if hidden, scale.

In fact, Pluto is all about the hidden side of existence -- secrets, affairs, behind-the-scenes manipulations and so on. But more than that, it’s about power, whether it’s negative or positive. Powerful experiences such as sexuality, death, destruction and regeneration are within this planet’s realm, as are powerful urges like will, control, obsession and, again, sex.

In order to understand Pluto’s influence in your life, think of a time when you were utterly overtaken by something or someone. Perhaps you fell in love and grew obsessed with the object of your desires, or maybe you were involved in a relationship with someone who tried to control your every move. Maybe you’ve had a memorably intense sexual experience, or an equally memorable period of self-destructiveness or addiction.

All these experiences define Pluto’s energy, one that has the simultaneous power to create and destroy, to make life both amazing and terrible; or, in short, intense. It can grip you in its jaws and rip down everything you’ve come to depend on, but it can also force you to learn the power of strength -- of standing on your own two feet, come what may.

Pluto rules the intense sign of Scorpio. Read about Scorpio to learn more about this sign and Pluto's influence on it.