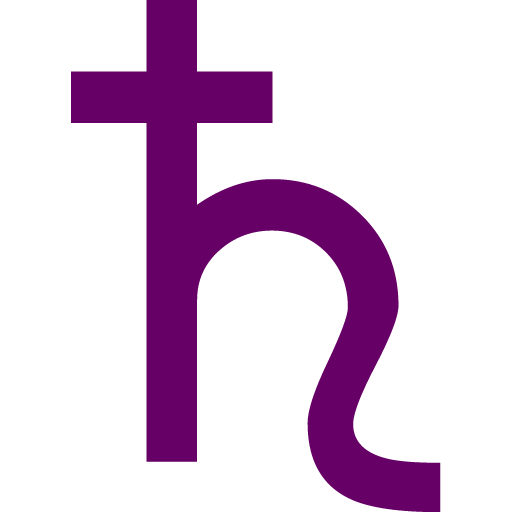 Saturn is thought of as the taskmaster planet because of its stern and sometimes guilt-inspiring influence in our lives. Whereas Venus and Jupiter make life easier and more fun, Saturn keeps you in check, reminding you that all play and no work would leave you both homeless and penniless!

If you relate to the feeling that you're not working hard enough in life, that's probably Saturn's influence in your chart. This planet operates kind of like a parental figure, one that can be a little too severe at times. After all, there is certainly a time and place to be carefree; to forget your responsibilities and just enjoy yourself.

But Saturn will look on disapprovingly until you return to your duties. Its influence can feel very restrictive, and you may feel rebellious in response to its limiting effects. But Saturn also serves an important purpose: keeping you on track in life, moving toward your karmic destiny.

Saturn is all about karma. It's the planet with a conscience, the one that reminds you, even when you don't want to hear it, that everything you do has a cumulative effect on your soul. What kind of mark do you want to make on the world, and how do you want to be remembered? Saturn urges you to take these questions seriously, buckle down and get to work.