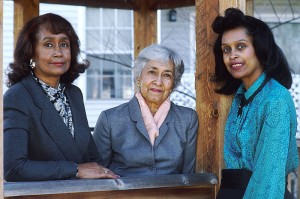 Astrological Generations: so what’s next? Pluto through the signs.

We’ve all heard of the Baby Boomer generation which include people born from 1946 through 1964 and Generation X which seem to be people born in the 60’s and 70’s. Astrology actually has a well defined generation guideline based on Pluto moving through each sign. Of course, Pluto being the outermost planet takes a long time to orbit the Sun. Its complete cycle around the Sun is 248 years and its time in each sign varies. It is in Scorpio for just 12 years while it takes about 31 years to travel through Taurus.

Pluto first moved into Leo in October 1937 and finally left in June 1958. This generation has a “me first” reputation. Everything that’s bigger must be better type of thing. A lot of these people came into their prime during the heady days of the 80’s with big hair, big shoulder pads and generally a Leo type of attitude.

So how are us poor Pluto in Virgo types going to support this crowd? Well, Virgo is the sign of health and service and we do like to analyze and offer solutions. But so many of us are sick and getting cancer at a young age and other horrendous inflictions that it makes me wonder if our job is to really heal ourselves and find alternatives and cures to our screwed up health system for our modern day illnesses that our ancestors never had to endure. Virgo’s also tend to worry and stress now days seems to be its own perpetual problem…

Pluto in Libra has re-defined our standards of beauty and demanded our acceptance of civil marriages and other cohabiting arrangements as the norm. We see body art as unique and individual rather than for drunken sailors or tribal art on tribal people. Marriage has also been re-branded whereas 2.5 kids living with their biological mom and dad are statistically a thing of the past. It’s OK to be all of the above or not and why do we even have to decide what we really are and our marital status anyway? Everything Libra stands for has been politely pushed onto us before we have even realized.

So now we come to Pluto in Scorpio… How different are this generation! Where have the rules of society gone? Why do they have such an entitlement attitude? Perhaps I’m being unfair but this is the generation who are turning our polite society on its head and why am I the only one noticing?

Remember AIDS first came to our attention during Pluto’s visit in Scorpio. How about Madonna changing our beliefs about female sexuality. We’ve yet to see how this group of defiants will change and shape our world and here’s hoping they put their strength and power to good use.

When we had Pluto in Sagittarius from November 1995 through to November 2008 it represented philosophy, religion and foreign cultures. I remember every weekday morning my alarm is set to the clock radio. I am awoken to NPR (National Public Radio) and without fail I hear the news about the terrible state of affairs in Iraq and what seem to be endless suicide bombings – all in the name of religion. Religious fanaticism was taken to the utmost extreme. Extreme’s we would never have fathomed before 2001. What on earth will this generation grown up to be, do, think, believe and teach us?

So what’s next for Pluto in Capricorn? Changes in government, big corporations and a break down of our material world. Here’s hoping Pluto in Capricorn will force us to review what’s important in life and it’s not going to be a big house and fancy car. Given the state of the current US economy I think the influence of this placement has already taken effect. It might be time to quit the rat race and re-evaluate long term goals as your 401k may cease to exist by the time you’re ready to use it.