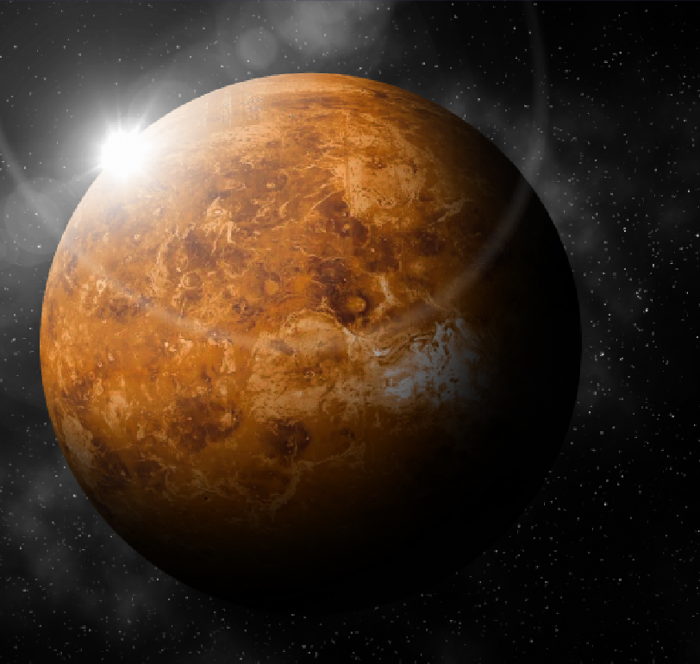 Venus in Scorpio is a transit that’s often described in literature, cinema and art, because it’s about the strength that comes from friendship and human emotions that enables people to overcome difficulties and keep moving. We can look at Shakespeare’s play, “Romeo and Juliet,” about an impossible love between two people from warring families, or the more recent movie, “The Pianist,” about the power of music that enabled a Jewish pianist to survive the Nazi terror. Then, there are the innumerable stories about pals facing supernatural horrors where their friendship is their most potent weapon.
Read more

Your Venus in Scorpio Horoscope

You might feel surprisingly emotional and satisfied with the pursuit of your personal passions during this transit of the planet Venus, especially if they pertain to money, Aries. But no matter what you do, don’t gamble, because the excitement coming from Uranus in your Solar house of money will not take you where you want. The risk/reward thing can be enticing, but whether it’s betting on football or the stock market, acting on those dreams of winning big will cause losses, thanks to Neptune. If you give in to the temptation to try to win the heart of another, be prepared for failure or regrets, because if you try to move the Neptunian energy from the fantasy realm to real life, Aries, the outcome might be more painful than the restraint you must practice.

This transit of Venus through Scorpio will affect you from your seventh Solar house of relationships, competitors and negotiations, Taurus. If you’re trying to make an important deal, the ball will be in your opponent’s court, and Uranus sitting in your sign might turn things in an unexpected direction around the 12th of the month. It might also be a time to refresh one-on–one connections you have in business or pleasure – doing something surprising or out of character will work. Around the 21st of the month, your friends may come up with some unusual ideas about something enjoyable, so indulge them; a little Neptunian fantasy, thanks to its trine from your eleventh Solar house, wouldn’t hurt, especially after the reality check from Uranus earlier in the month.

The Scorpio Venus is likely to spark things among co-workers, and thanks to Uranus, they might surprise you, Gemini. The rumor mill will be active, so don’t do anything that could possibly get you involved, either as the subject or an observer of the drama. Your aims and goals might be a bit confused due to the position of Neptune in your Solar tenth house, who receives the aspect of Venus around the 21st. At that time, your words and actions may be misinterpreted or misconstrued, and this could harm your reputation or popularity. Focus on seeking new ideas within yourself during this transit, because if you work toward increasing your popularity, you’ll draw negative attention to yourself instead.

While Venus is transiting Scorpio, your Solar fifth house, you might want to walk around singing the Beatles song, “All You Need is Love,” because the energy that’s fired up in that sector of the chart is that kind of passionate, Cancer. Chances are good that your friends aren’t helping you cool down, and if they are, the opposition to Uranus will balance their efforts and add to your excitement. This might also be said for creative pursuits, which would be even a better angle of approach for this transit, since Neptune in your Solar ninth house can enable you to reach a peak of imaginative, visionary power around the 21st. You can avoid any embarrassment or rejection by choosing the target of your creative and romantic passions carefully.

Because Scorpio is your fourth Solar house of home and property, Leo, you may become passionate about making changes around the home, office or any other place where you spend a majority of your time to bring more harmony or beauty into your environment. At work, try to avoid challenging authorities such as parents, officials or bosses, because things may not go as you expect, because Uranus receives the opposition of Venus on the 12th of October while in the house of career and status. Antagonizing people who can affect your affairs is not a good idea this month, especially around the 21st because Neptune is in your Solar eighth house, which could put a drain on your material resources.

This transit should be quite enjoyable for you, Virgo, because the opposition between Venus and Uranus bridges the third and ninth houses, connecting you with new forms of specialized knowledge or new books. It can also make this a good time for travel or bring a surprising degree of harmony into your local area. It’s a good time to invest some time and effort into your personal technology as well, especially around the 12th of October. The trine from Venus to Neptune that forms on the 21st adds mixed energy, however. On the upside, it could bring a trip to the movies or a concert with someone special. On the downside, Virgo, it could mean that you’re being misunderstood.

Libra, since Scorpio is your Solar second house, it’s likely that your passions will mostly focus on financial matters. The opposition between Venus and Uranus on the 12th may bring unexpected expenses or a sudden desire to work on your financial books. In Uranus’ role of revealing truths, Libra, you may discover some money you didn’t know was there, or you might receive a profit from sources other than your salary or regular income. Neptune, who sits in your Solar sixth house, can bring up stress-related physical symptoms around the 21st. It can also get you involved in the dramas of others, which, in the long run, might be worse. The best thing you can do is to focus on being practical, Libra.

Venus in Scorpio for a Scorpio – (Scorpio dates: October 23 – November 21)

Venus transiting through your sign is always a happy time for you, Scorpio. The planet brings a kind of odd confidence that helps you feel balanced and strong, but when the opposition to Uranus is amplified on the 12th, this feeling of balance may turn to one of excitement and exhilaration, especially if you can express it through some type of competition or game. Neptune’s presence in the fifth Solar house of Pisces can add an extra element of creativity and fantasy on the 21st, and if you’re not involved in any creative work, set some time aside to relax and explore the world of romance and magic through cinema, music or any form of entertainment that’s available to you, Scorpio, including intimacy with another.

Since Scorpio is your Solar twelfth house of secrets, the transit of Venus through this sign is often called a guilty pleasure, a personal indulgence, or a hidden love, Sagittarius. But be aware that Venus’ opposition with Uranus is an aspect you’ll have to be careful with. If there’s something going on behind closed doors, Uranus might push those doors wide open. Venus connects with Neptune, which is in your fourth Solar house, of home, family and property on the 21st. This could have something to do with your home, but more likely it has to do with your inner life. Focus on your personal interests, maybe through reading, film, or the web, but certainly in private.

Venus in Scorpio for a Capricorn – (Capricorn dates: December 21 – January 19)

The sign Scorpio is your Solar eleventh house, Capricorn, and this is the sector of your chart that represents friends, hopes and wishes. When the planet of love is transiting through this house, she’s very happy, because friendship is one of her natural significations. You can expect a lot of activity between yourself and those you consider friends, allies or people you associate with in group settings. Venus will be in opposition to Uranus, so you might experience a momentary clash of opinions with your pals around the 12th of October, so do your best to catch up and communicate with or visit them around the 21st, because there might be misunderstandings if you don’t, thanks to Neptune being in your Solar house of communication.

Venus in Scorpio for an Aquarius – (Aquarius dates: January 20 – February 17)

For you, Aquarius, Venus has something special cooked up for its transit of Scorpio this year. This is a good thing, because Scorpio is your Solar tenth house of career, reputation and popularity. Venus opposes Uranus on the 12th – this might mean a sudden upswing in your popularity, or an unexpected opportunity to overcome your competition. Or, it could be a surprising change in your work environment or any number of things, but it should be something you’ll enjoy, because Neptune is found in your Solar second house, which has to do with income and resources, or money in general. This happens on the 21st and it also might bring an opportunity to put your creative talents on display.

This transit of Venus in Scorpio may be quite beneficial for you, Pisces, because it falls in your Solar house of oracles, higher knowledge and learning. This makes for one of those times where doing divination, or just consulting with experts in a given field will work wonders for you. It’s a terrific time to get the edge against the competition and move forward with your plans. On the 21st, Venus makes a trine aspect to your sign to contact Neptune. This is a combination that can make your charisma and influence almost impossible to resist, Pisces, especially if you are working on creative projects or need to counsel someone. Neptune tends to favor your sign most times, but this transit makes is really special.

But these aren’t the only, or even the typical scenarios of Scorpio Venus. This sign/planet combination tries to warn us not to take our feelings lightly or keep them bottled up inside. If you don’t acknowledge the passion for togetherness and harmony that Venus brings, you’ll feel an uncomfortable emotional imbalance within that undermines your efficiency, strength and happiness. This vibe is very physical and sensuous, and the feelings that it ignites can consume us if we’re not careful.

Creative people and those who like drama love this kind of energy, because it brings greater depth to their experiences. During this transit, the Venus-Uranus and Venus-Neptune aspects add excitement and confusion into the game, but Scorpio is one of the most loyal signs of the zodiac, so it’s important to focus on what you really care about to get the best out of it. Of course, this transit is about more than just deep feelings, and it will affect every Sun sign in a different way. To find out what it might do to yours, read on.
×