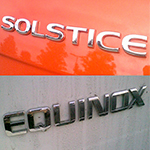 Astrology is part of the natural rhythms of our universe. Each year we have different seasons which are important points in astrology.

A season – Spring, Summer, Autumn and Winter divide a calendar year according to the weather and daylight hours. A calendar year is measured by one rotation of the earth around the Sun and the 23 degree tilt of the earth.

The northern hemisphere receives more direct sunlight during May, June and July as it faces the Sun – due to the tilt of the earth. The summer solstice, also known as the longest day of the year, is the period which receives the most sunlight.

The Spring Equinox is the start of the Astrological New Year which means a new cycle begins. 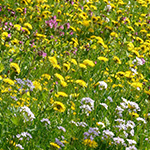 The Spring Equinox occurs around March 21 each year, when the sun enters the Cardinal sign of Aries and the spring season officially begins in the Northern Hemisphere. The Sun rises due east and sets due west, no matter where on the planet you are. Days and nights are nearly equal.

Holidays during this time, such as Easter and Beltane, usually relate to fertility and the hope for successful crops in the field. Spring has been associated with burgeoning sexuality. In song, spring suggests the maiden or lad as they step into adulthood. Life offers many opportunities that have yet to be explored. Everything is fresh, new and exciting. Hormones act up and libidinal urges start to simmer within.

The Spring Equinox is also an in-between period that is a great for cleaning, hence the expression ‘spring cleaning.’ No longer stuck indoors due to frigid weather, the rising temperatures allow for more freedom out of the house. However, April showers usually prevent full enjoyment of the outdoors, so it is more useful to engage in activities now that will free up your time later when the weather warms up.

Plant seeds around your home that will blossom in the coming months. The signs of life that are just starting to show can bring an optimistic mood. When the Sun finally makes a longer appearance, you’ll see many more bodies out to play.

The Summer Solstice occurs around June 21 or so, when the Sun enters the Cardinal sign of Cancer. The Sun rises and sets at the greatest northern distance from the equator, and it achieves the greatest elevation in the sky at midday. Summer officially begins with the longest day of the year and the shortest night in the Northern Hemisphere. In the Southern Hemisphere, the reverse is true: This is the shortest day of the year and the longest night.

Many traditional holidays were observed at this time, usually praying for success of the crops and also acknowledging the eventual decline of light and return of darkness. Although it’s officially the beginning of summer, this day is also known as Midsummer, which refers to the middle of the growing season in much of Europe and North America.

With the Summer Solstice come activities associated with the warmer weather. Passions generally heat up when the temperature climbs to higher figures. Activities are more extroverted, which is why there are so many barbecues, parties and outdoor concerts. Kids get their long-awaited break for fun and games. This is also a great time for physical workouts and sporting activities outdoors, just before the summer heat becomes unbearable.

Opportunities to meet new people are more likely with increased social events. Hot new romances can occur as people shed their many layers of winter clothing. Cabin fever may be high as the reclusive period of the cold season officially closes. In song, summer can refer to the height of a person’s physical prowess and power. 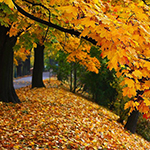 The Autumn Equinox occurs around September 21 each year, when the Sun enters the Cardinal sign of Libra and the autumn season officially begins in the Northern Hemisphere.

During the Autumn Equinox, the Sun rises due east and sets due west, no matter where on the planet you are. Days and nights are just about equal. Autumn marks the lengthening nights and darkening skies. Trees change colors as the leaves fall to the ground. The energy in the air has shifted from the extroverted, free-spirited nature of summer fun to a quieter, more reflexive foreshadowing of winter.

In song, Autumn refers to the mature stage of life just past the prime, but before the retirement years. The lightheartedness of summer has passed, the harvest is almost in, school has begun. There is knowledge to be gained. The motivation to work is much greater at this time as folks instinctively prepare for the cold winter months ahead.

This is a time to save resources. Stock up on foods for the long fallow period ahead. Preserve the foods you harvest, make jams and prepare lots of meals to freeze for unbearably cold days ahead that will keep you indoors. Bring your winter wear out of the back of the closet. As autumn progresses and the nights grow longer still, you may find yourself in a more reflective state. Holidays such as Halloween and the Day of the Dead remind us of the transitory nature of life. Crops die, waiting for the chance to be reborn in the next cycle. 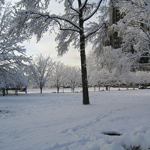 The Winter Solstice occurs on December 21 or so, when the Sun enters the Cardinal sign of Capricorn. The Sun rises and sets at the greatest southern distance from the equator. This day marks the official beginning of the winter season with the longest night of the year and the shortest day. In the Southern Hemisphere, the opposite is true: This time marks the longest day of the year and shortest night.

The Winter Solstice correlates with many traditional world holidays, usually associated with ‘festival of light’ celebrations, which honor the dark of the year and express faith in the return of light and the upcoming growing season. Christmas, Hanukkah, Diwali, St. Lucia’s Day and Loi Krathong are just a few examples of some holidays near the Winter Solstice.

Winter is the time when creatures in cold climates prepare to hibernate and settle in for the season. The long nights lend to rest, introspection, meditation, home cooking, recovery, sleep and study. This may be why holidays near this solstice tend toward family activities and rituals. In song, winter refers to the mature years of adulthood, the time of retirement.

Winter Solstice also signals the passage of a cycle. You may want to take this period to evaluate the major events of the previous 12 months. Did you accomplish what you hope to achieve during that time? Would you have done anything differently? As you ponder in retrospect on what has just passed, you can begin to look forward to what you might achieve in the upcoming year.