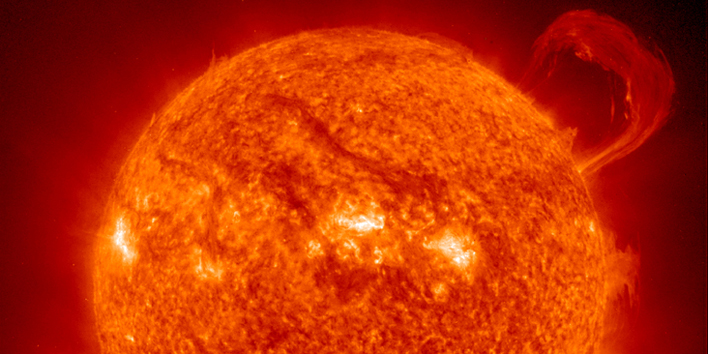 When we talk about the Sun's cycles, we are really talking about the Earth. It is only from our perspective that the Sun appears to travel through the zodiac in one year; in reality, it’s the earth that takes one year to orbit around the Sun.

The Sun is the largest feature of our solar system, containing approximately 98% of the total mass in it. It is definitely the brightest and hottest object, by far! The interior of the Sun could hold over 1.3 million Earths.

Since the Sun is a ball of gas, it rotates differently than the solid planets and moons do. Some parts of the Sun move faster than other parts. At the Sun’s surface, one complete rotation on its axis takes approximately 25 days at the equator, but up to 36 days at the poles. However, below the outer shell of the Sun, everything seems to make complete rotations in a period of 27 days.

The Sun is considered a 'luminary,' not a planet, and does not have apparent retrograde motion.

The Sun can be relied upon to provide us daylight every morning when we wake up. In the natal chart, this brilliant luminary relates to the ego or the core self. The Zodiacal sign that the Sun resides in reveals certain traits of your personality.

The Sun's return every year to its natal position in a chart is called a Solar Return. The chart cast for that moment will describe the 'astrological weather' of the coming year.